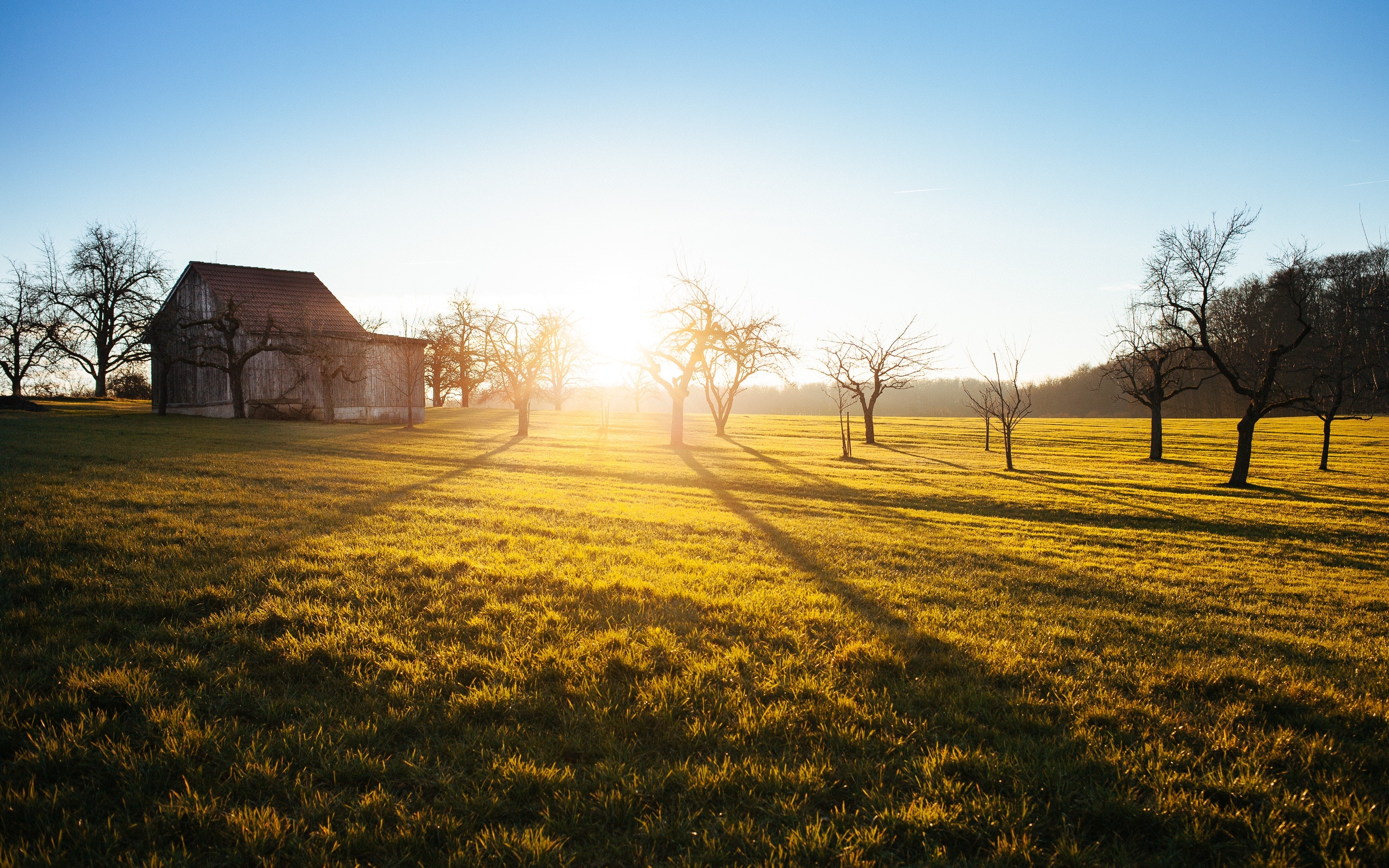 My childhood was worse than yours. Growing up on Mother’s orchard was more than just a rough upbringing. It was dangerous.

There were rules that we always followed. The best course of action was to never even consider stepping out of line. Just fly under the radar and stay out of the way as much as you could.

It probably wasn’t as hard as you think. We didn’t have any concept of a normal childhood to compare our lives too. In fact, we knew very little about the outside world at all.

Looking back now, it’s obvious Mother’s treatment of me and my seven siblings was cruel. It was more than just physical child abuse. It was a form of psychological torment and imprisonment.

But everything is 20/20 in hindsight. And I’m just lucky to still be alive.

Our lives operated on a strict regimen. We followed the same routine every day, no exceptions. No one dared try to change it.

2) Start the early morning work at 5

8) Sleep and start the whole thing over again

Notice the day involved an hour of prayer after waking up and before going to sleep. Devout faith was a big part of our lives on the orchard. But it wasn’t the kind of worship you’re picturing. We weren’t the good Christian school children praying to the lord above for enlightenment and forgiveness of our daily sin.

It wasn’t even god we got down on our knees for. We prayed to Mother. She was the human embodiment of the divine lord above. She was the heaven’s holy messenger, the one who brought us into the world. Only through her could we be healed from our condition.

This was the knowledge she drilled into our minds from early infancy. We were the victims of a horrible curse passed down to us from our father. She had vanquished him and all his evil from the world many years ago, but sadly the demons had already been passed down to us. His evil coursed through our veins. We needed to always be praying. Our souls needed to be kept purified to keep them at bay.

If we ever slipped, even for a day, we would be doomed to an eternity in hell. All of us were already cursed to die on our twenty-first birthday. And if our souls weren’t completely clean on that day, the dark figures would come and take us and drag us to fiery depths below.

That’s what she always told us. So that’s what we always believed.

So, we clutched our rosaries and prayed to Mother next to our bunks every morning and night. And through the day, we would perform our choirs and always live by the Three Commandments she set out for us.

2) Do not, under any circumstances, attempt to leave the orchard

3) Pray when you wake, pray before you sleep

I bet there’s a part of you that’s wondering at what point did we grow up enough to see through the blanket of lies she’d cast over us. The honest answer is never. I’m the only one who made it out. And that was only after my five older brothers and sisters had already died.

Each of them passed on the night of their twenty-first birthday, just as Mother said they would. All of them started falling ill in the months leading up to that dreaded day. Overwhelming nausea and constant vomiting over the toilet in the evenings became a daily occurrence. In their final days, they all muttered about some form of hallucinations, sometimes talking about dark figures coming in between the dry-heaves.

Those of us still alive had to assist in the process of dragging their pale and lifeless bodies out of the bathroom. Always, they were wide-eyed and looking terrified, frozen in the moment that death came to take them from us.

We would drag the bodies out behind the house and burn them in the fire pit. We’d watch with tears rolling down our faces, knowing it was only a matter of time passing until we met the same fate.

How could a child, with no understanding of the outside world, think to question Mother? Everything she told us came to be in the distorted reality she created around us. Her words were the law.

So, how is it that I overcame this false imprisonment and did finally make my escape? I got some help from my older brother, Beau. His last gift to me before he died is what ultimately saved my life.

Beau was born exactly ten months before me. When he died on his twenty-first birthday, I started to feel the same sickness in my stomach that all the others did shortly after.

Beau was built the strongest out of any of us. At the age of twenty, before his health started to decline, you could see his shoulders and arms develop. His frame was broad and his strength was great. So much of the work around the orchard fell onto him. I imagine he could have been quite the specimen had he been given the chance to grow up in the outside world.

I always thought his decline into nausea and hallucinations was worse than the others who passed before him. Perhaps it was because I was older when it was happening. But, somehow, it seemed the effects were so much harsher on him than our four older siblings who had already been taken. It was like the dark figures were attacking him extra hard to drag him into the underworld.

I remember in the days leading up to his death, he’d lie in bed muttering to himself. Sometimes words I could understand, sometimes he spoke in tongues. He’d been relieved of all his duties on the orchard, weighing more work upon me and my two remaining sisters.

One morning, after I’d finished my prayers, the ones that were increasing in importance every day, he clutched my arm as I passed his bunk. He could hardly open his eyes and his crusted lips could barely mouth the words he said.

“Look for the figures.”

The significance was lost on me until a few months later. When my own fate was drawing close, I was the one taking my turns leaning over the toilet bowl and vomiting everything outside me until the dry-heaves came. I saw then what he was referring to. And that’s what spurred me into action.

For the first time in my life, I defied Mother’s commandments.

As far as I know, it was the first escape attempt from the orchard of any of us children. Mother had us so convinced of all the evils that lay beyond the picket fences, that no one had dared a step off the property.

I braced myself as I took my first strides out into the wilderness that surrounded. And it was with great surprise that nothing came for me. The only pain was the little scratches from the branches as I pressed further away from the orchard. I was in the middle of an area I would later come to as some of deepest backwoods of Alabama.

I just kept running. So much adrenaline coursed through my veins as I made my way through parts forest untouched by any human up until that point. Eventually, I came to a wide concrete path with separated yellow lines running down the middle. I’d never seen such a thing in my life before, but it was easier to travel along it than in the density of the woods.

I ran along that concrete path until I saw a house. The first one I’d ever seen aside from the rotting, white farmhouse I grew up in on the orchard. And when the old man trudged down the stairs to answer the door after I pounded it over and over in the middle of the night, it was the first time I’d seen an adult man.

It was all so overwhelming. I had no idea where to start. After hours of talking to men in uniform in a big rectangular building, they managed to locate her orchard way out there in the woods.

I can’t imagine Mother was very happy when she’d found I’d escaped. But she must have had some of her wits about her because she was gone when they arrived. Same for the two younger sisters I’d left behind.

Of all the realizations I’d make about the real world and the lie my life had been after that, there was one single truth that stood above the others. Part of me died when I learned that the other children I’d known as my brothers and sisters growing up weren’t actually my kin by blood. We were nothing more than a collection of stolen children. Either acquired from desperate drug addict and poverty-stricken parents, or simply kidnapped from loving homes. That was how she had taken me. My parents cried for hours the day we were finally reunited.

It turned out the woman we called Mother was actually a mentally-deranged, former choir girl. She was the god-loving southern bell with a beautiful voice. She’d caught the eye of the pastor growing up. And though no one knows for sure exactly what transpired between them, the damage started to show as she got older.

It only took a turn for the worst after she turned twenty-one. A time when the pastor apparently felt her too old and turned his attention to one the younger girls.

She couldn’t handle it. She spent everything she had, even some money stolen from her parents to pay for plastic surgery, face-lifts, and anything else to make herself look and feel like a child. Still rejected by that pastor, she eventually disappeared into the wilderness and never showed her face again.

Of course, we can’t be sure it’s her for certain. She still hasn’t been located to this day. Neither have my two younger sisters who I’d left behind that night on the orchard.

It’s well past the date that both of them would have turned twenty-one. And although I wish I could convince myself otherwise, I can’t help but feel they likely met a similar fate to each of my older siblings. I’ll always hate myself for not waking them up in their bunks and bringing them with me as I dashed away into the night.

I’m sure I could have convinced them. Because, I did see black figures that night as I leaned over the toilet, dry-heaving. And I owe them and their creator, my life. They are what inspired me to dash away and escape my horrible existence on Mother’s orchard.

They were right underneath the lip of the bowl. One of the few places Mother or anyone else could have never seen them. You would have had to actually stick your head in the toilet to discover their existence.

The black figures were written in permanent marker. Clearly the writing of my older brother, Beau. Nothing else could have inspired me to run like the figures he’d written there. They formed a sentence of four words.

She’s been poisoning us.